Why I Stayed Awake Until My Teens Came Home From Dates 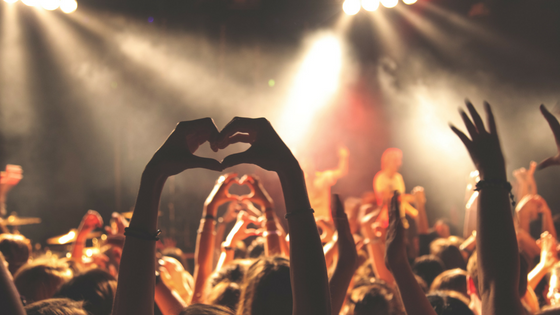 At one point when my kids were growing up, we had 5 teens in the house at the same time: three girls and two boys. Communication with my teens sometimes sounded a lot like this:

Me: “Did anything interesting happen today?”

I didn’t know that one-word syllables could actually be whole conversations until I had teens.

And that was on a good day. Other days, it was more of a grunt (one of my daughters laughed recently as we talked about this, confessing that she remembers conversations like that). I’m not saying all teens are like this… however, this was my experience at times.

During this time, each one of our kids was in a different head space when it came to dating. They had their own ideas of who they thought they would be with.

One of my daughters would go through phases: at one point she only wanted to date guys who were musically-inclined…  then came the sporty guys… until eventually, she realized that some of those surface things didn’t matter as much as a man’s character.

We always told our kids that the person they chose to marry would be one of the most important decisions in their lives.

And yet, when they asked specific questions about love, healthy relationships and how to sort out who would be a good dating partner, sometimes I just didn’t know how to answer their questions.

I felt frustrated because I wanted to help guide them… but I didn’t know how.

In my circles, no one ever talked about things like that: after all, relationships and love are complicated. What you see in the beginning isn’t always what you get in the end.

One issue that I can think of that we had numerous conversations with our teens about is boundaries. So for example, if you’re exclusive with someone, then what are healthy boundaries to have with the opposite sex? What is appropriate and what do healthy friendships look like? This is just one example but I’m seeing with couples that we work with (both before and after marriage) that relationships are becoming more and more complex.

Why I Stayed Awake Until My Teens Came Home From Dates

So when my teens began dating, I would stay up until they came home. Maybe you can relate… But the reason I stayed up might be different than you think.

I stayed up late so that if my teens came home and wanted to talk, I was there.

I would actually sleep in the afternoon so I could be up late at night. I knew that even though my teens didn’t want to talk during the day about their life, that at night they were more open about what was really happening or what was on their minds. And I wanted to be there for them.

During these teen years, I focused on nurturing my relationships with them. Being available at night during the time when they wanted to talk meant that we would sit on the bed having conversations about life, love, relationships, God, faith – all of it.

What Kept Me Awake At Night When I Had Teens

One of the things that kept me awake the most was when I knew that my teen was out with someone that wasn’t a good match for them because I could see further ahead than they could.

I knew that if they stayed with that person, they would face certain vulnerabilities and challenges that would make life really hard for them.

And I didn’t want that. I wanted them to make a good choice in a spouse.

On top of that, I also recognized that if my son or daughter didn’t choose a good match, then it would also be difficult for the whole family because that person becomes a part of the family. And if they can’t find their place in the family, then it gets really hard.

Thankfully, my children have chosen well and their spouses are really great people who add colour, wisdom and valuable perspectives to our family. At the same time, when your kids are teens, you really don’t know who they will choose to be with and so that’s why my priority as a mother was to stay connected to help my kids sort through the challenges of growing up and relationships.

My Role As A Mom To Teens

Much later, I learned that I was practicing being present and making myself available to my kids. That’s really how I saw my role as a mom – it was to practice being present so I was available for opportunities to connect when they came along.

I also learned later that developing and keeping a strong connection with kids helps to talk about important things like dating, healthy relationships, sexuality or pornography.

How To Help Guide Your Teens About Love, Life & Relationships

Talking with your teens about life, love or relationships can feel daunting. The decisions they make as teens do impact their lives in significant ways. The romantic relationships they develop as teens will affect relationships in later years.

My encouragement to parents would be to watch, pray and stay connected. Fight for connection with your teens because it’s worth it. Even on the difficult days.

During a conversation about this topic, one of my daughters shared with me that she is so thankful that I fought for connection with her. She mentioned that she probably wouldn’t still be a part of our family without me staying connected and she wouldn’t be in a good place that she is now.

As a teen, she went through some difficult years but because I didn’t give up and I stayed connected, I have the privilege of seeing her happy and thriving now.

For those who live in or near Prince Edward Island, Canada, I would also encourage you to come out to How To Avoid Falling For A Jerk so you can learn how to talk to your teens about love and healthy relationships.

It’s a great visual program that can help you understand what it takes to have a healthy relationship.

Even if you know what it takes for a healthy relationship, you may not have the vocabulary to explain that to your teen! I didn’t have the words when my kids were teens. Now, because of this program, I do and I’d love to share it with you so you can help your teens learn how to fall in love and still take care of themselves at the same time.

Are You Influencing Your Teen The Way You Want To?

One-on-one coaching provides you with a safe space so you can explore how to be more intentional about how you influence your kids. 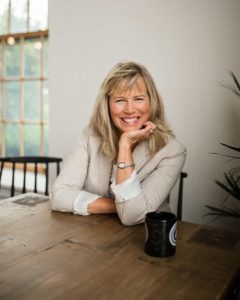